On Friday the 13th, our weather was so gorgeous, so fabulous that a lunch excursion to La Tremblade was simply unavoidable. It takes about 45 minutes to drive to this seaside community forming the northern tip of the Gironde Estuary, where the waters of two mighty rivers, the Garonne and the Dordogne, spill into the Atlantic Ocean. Thus La Tromblade is bordered by the Estuary to the South, the Atlantic Ocean to the West and North, and the river La Seudre to the East. Along both banks of La Seudre, the coastal salt marshes are crisscrossed by a dense network of creeks and canals. This is one of the world’s foremost oyster farming area, where the La Seudre oyster parks merge with the Île d’Oléron-Marenne oyster farming basin, to form one of the best known ostreiculture regions of France!

For our lunch date, we drove along the La Tremblade canal to the restaurant Chez Gaby and settled on the terrace extending over the bank of the canal.

While contemplating the menu, we noshed on warm razor clams, Enis arcuatus, in a buttery persillade. Followed by, respectively, an oyster and smoked salmon entrée. 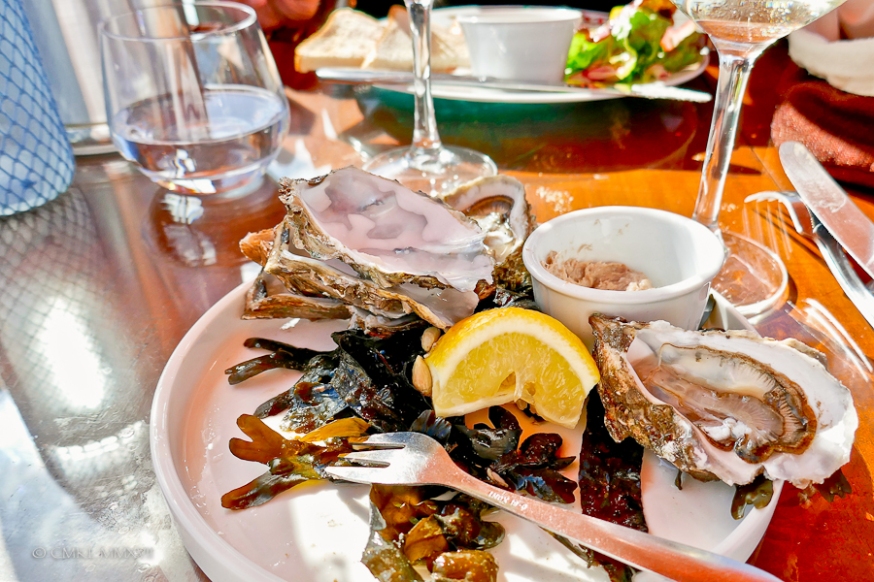 For our main course, we both chose the grilled fillet of Bar Sauvage, which in the Languedoc is called Loup de Mer, Seawolf, otherwise known as European Sea Bass, Dicentrarchus labrax, with its velouté vin blanc, risotto, and vegetables. 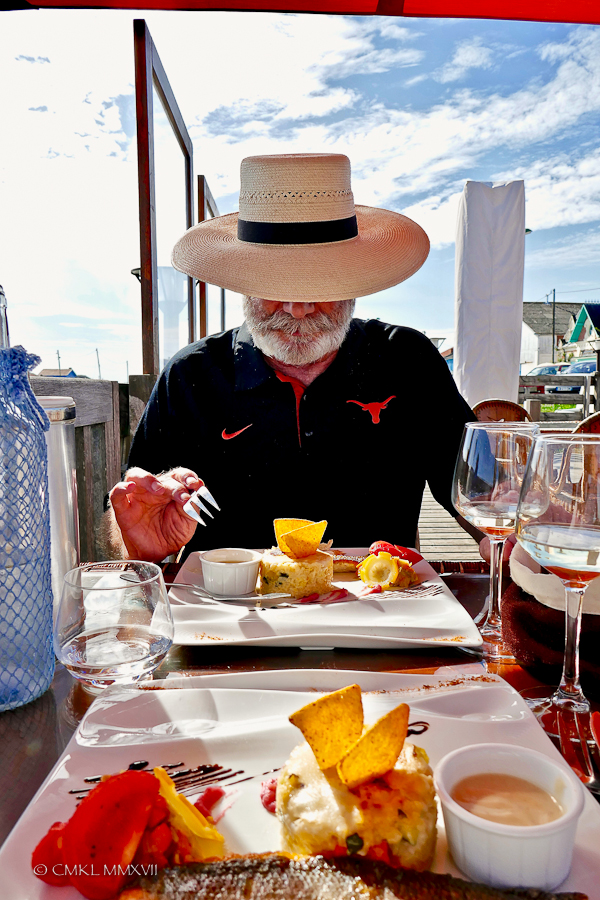 At this point in the meal, we were already seriously overstuffed but dessert was still to come. Fortunately, service was very slow which made it possible to not only consume but survive a lovely slice of fresh fig tart.

It wasn’t easy to walk off this two-hour lunch!! While we indulged, the outgoing tide exposed large patches of mud, stranding many vessels along the canal. 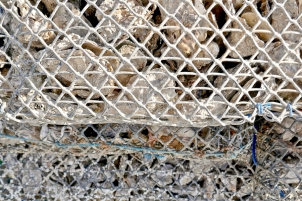 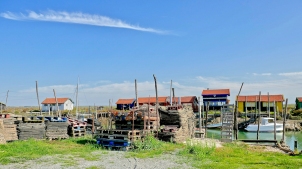 Almost as if to deliberately contrast the mud left by nature, humans added many colorful accents along the canal, which is quite typical for all the regional oyster shacks and tourism facilities as well.

Here we have the same boot shown from three different angles. 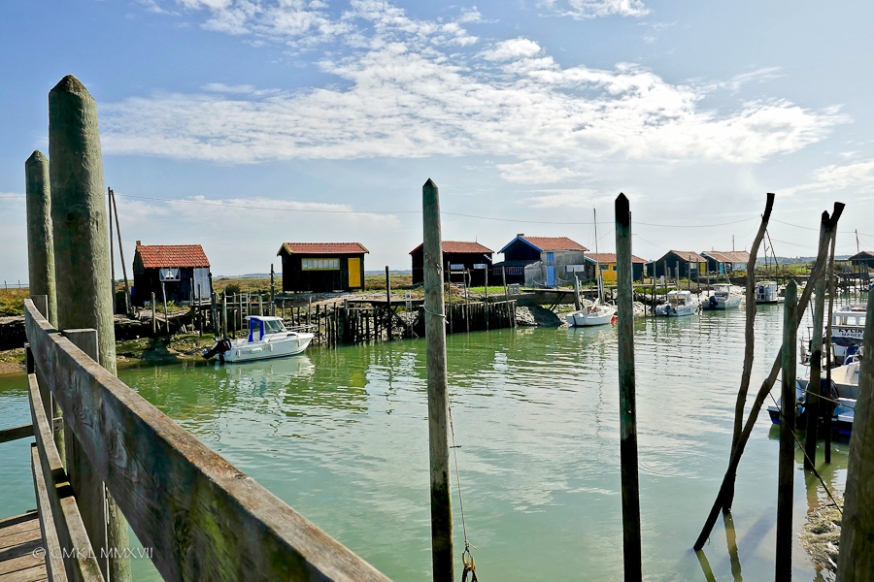 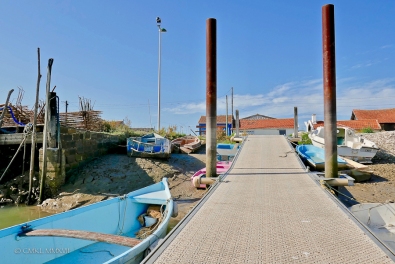 Eventually, the canal meets the river La Seudre, which in turn flows into the Atlantic Ocean in a protected bay formed to the South of the Île d’Oléron. 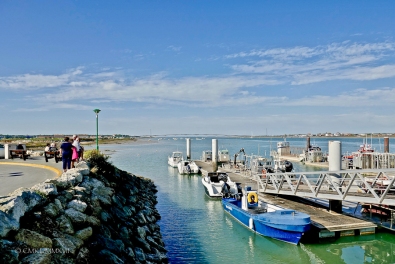 A wind-chime curtain made of oyster shells.

This whole region is as much serious seafood farming country as tourist attraction.

It’s time to walk back to the car and return to Saintes. 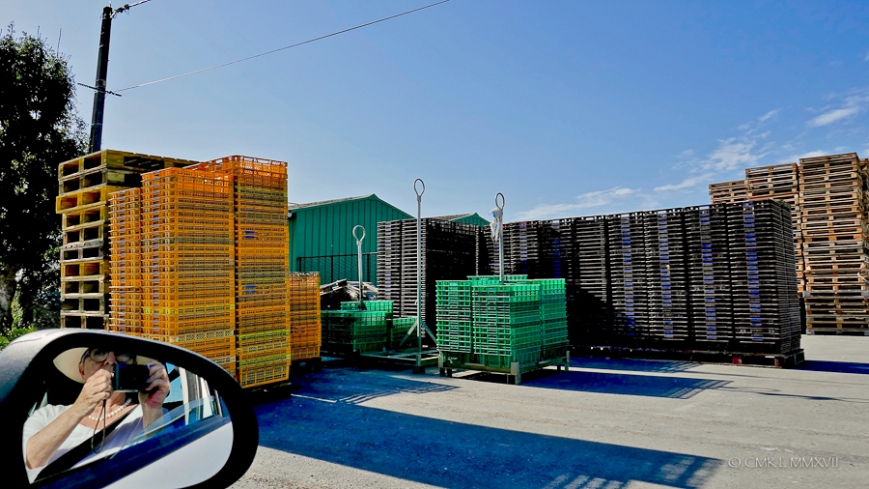 We are on our way back …

The Charente river has had a busy tourist day, too!