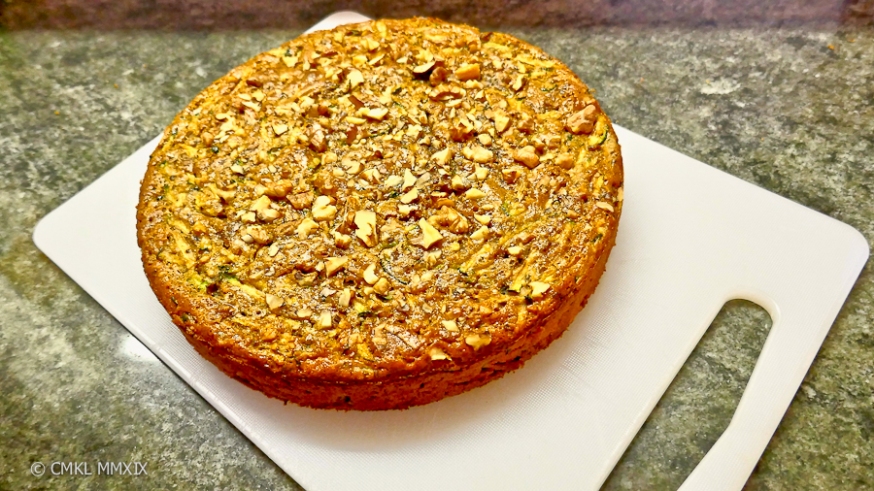 Our friends Steve and Lorraine gave us a zucchini the other day. Their neighbor tends his potager with great dedication, growing all his vegetables organically, which they seem to appreciate since his produce grow happily to rather impressive sizes. We were presented with a 1.76 Kg or, in Imperial measurements, a three-pound fourteen-ounce zucchini. What do you do with a beast like that?

One finds zucchini or courgettes in the vegetable section of the supermarket, but biologically speaking they are fruits which belong in the Genus Cucurbita, gourds or squashes. C. pepo, our courgettes are one of the oldest known gourds. They were already cultivated 10 000 years ago in Oaxaca, Mexico. Many gourds are commonly used as winter squash, like pumpkins for example, and they can be stored for months. Zucchini, however, fall into the category of summer squash. They are preferably harvested when they are still young and tender, and eaten raw or grilled.

Clearly, our zucchini fell into the winter spectrum. Quite firm, not to call it wooden, with a large core of seeds, it wasn’t at all suitable for raw consumption. I walked past it for a few days looking at it a bit sideways, to tell the truth, but one can’t very well throw out a perfectly healthy vegetable, never you mind it’s actually a fruit. Finally, I decided to make zucchini bread. I’m not sure what came over me, but it seemed to be the only way to process a kilo-and-a-half-plus of aging zucchini.

Many decades ago, when we lived in Michigan and even earlier in Texas, I used to bake bread occasionally. Those were times when it was difficult, sometimes even impossible to buy actual bread, meaning a same-day baked loaf with a crust and a flavorful center as opposed to pre-sliced, plastic-sheathed squishy things languishing on store shelves for weeks on end. Since moving to France, I haven’t baked anything other than a tarte now and then. And cornbread, I forgot about making cornbread. Anyway, that’s not bread, it’s soul food. I gladly leave the creation of true bread to professionals.

On the internet, I found a well-liked recipe, possibly one of Elise Bauer’s “Simply Recipes”, and adapted it according to the content of our pantry. The dry ingredients evolved into:

[* I had processed the almonds a few weeks ago for a different recipe and it was high time for the leftovers to disappear. Ditto for the cornmeal. I would suggest just using 3 cups of flour] 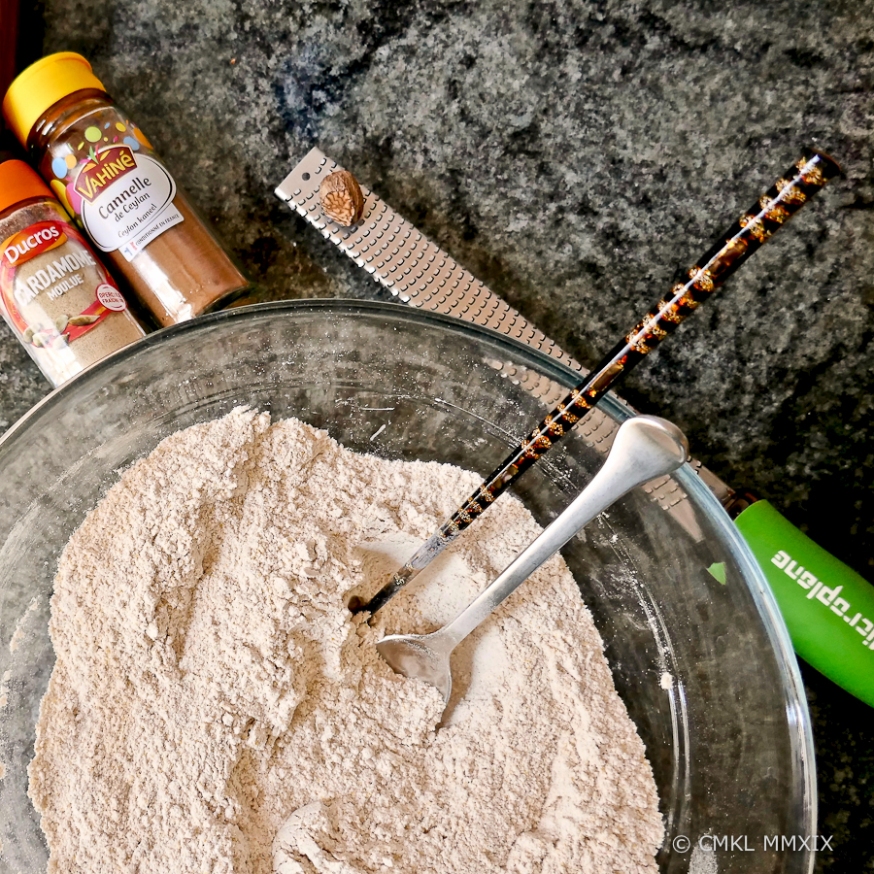 Combine the dry ingredients and set aside.

My next chore involved processing that unloved mega gourd.

Without much fuss, thanks to the kitchen machine, this yielded 1 255 g or roughly 44 oz of squashy flesh. 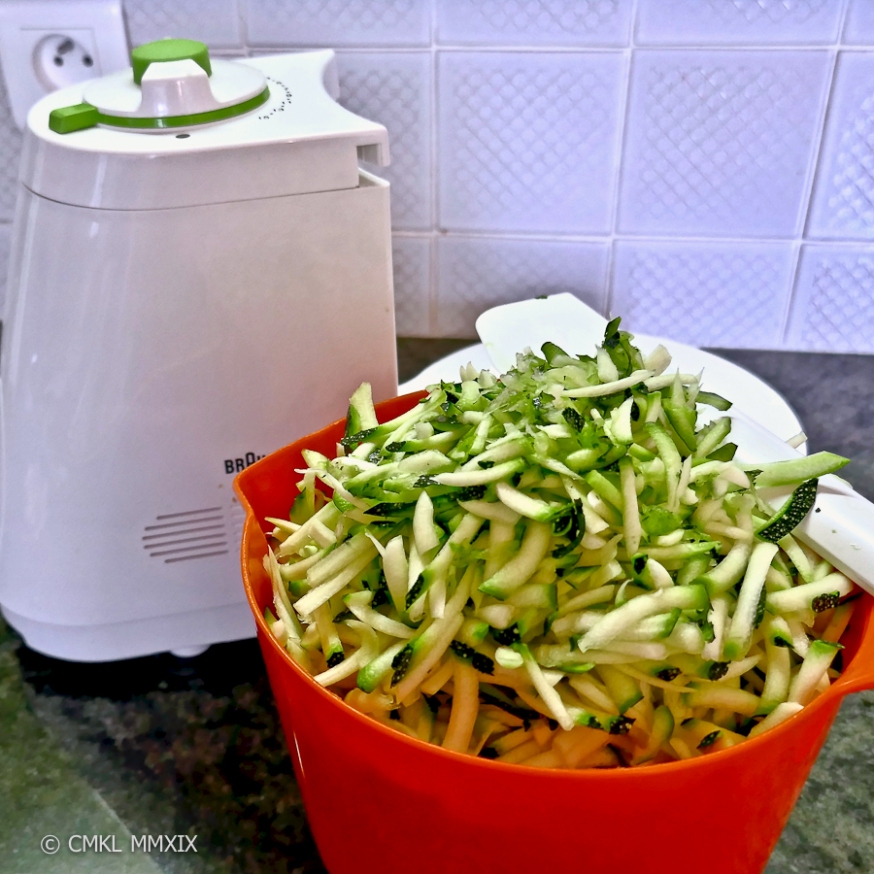 Lastly, again in the kitchen machine, I combined the wet ingredients: 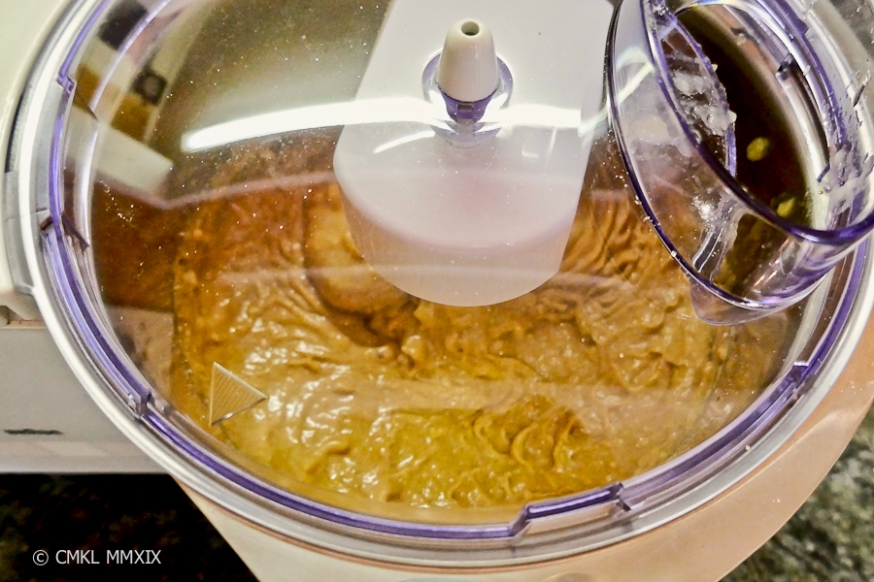 I beat the wet ingredients until fluffy and creamy, before folding the dry into the wet, adding some coarsely chopped walnuts along the way. 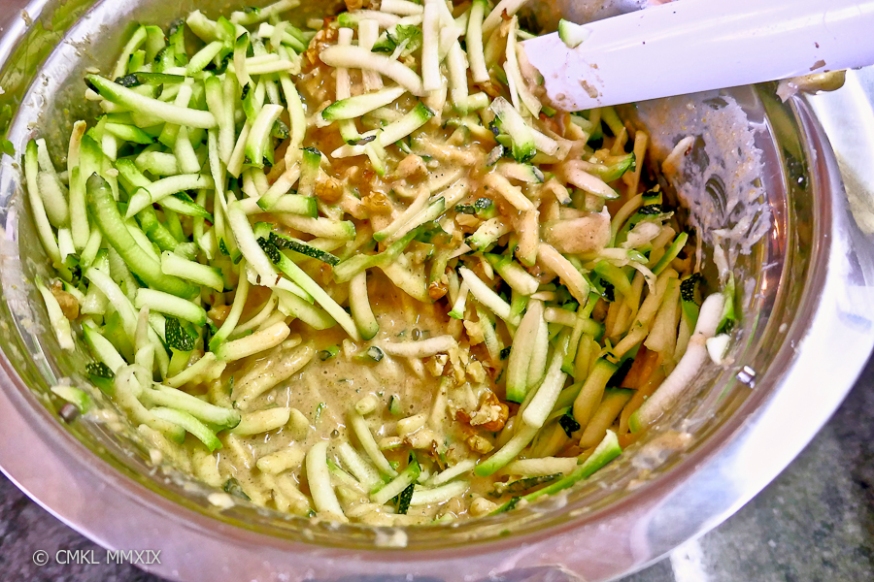 I had no idea how much of the shredded zucchini I should use, so I gradually added three heaped cups, roughly the same amount as the dry ingredients. I should’ve stopped right there. But I didn’t. As there was a goodly amount left, I foolishly incorporated every last bit of the shredded gourd thus tilting the balance of proportion between vegetable matter, or fruit matter as it were, and dough to 2 to 1. Bad move! 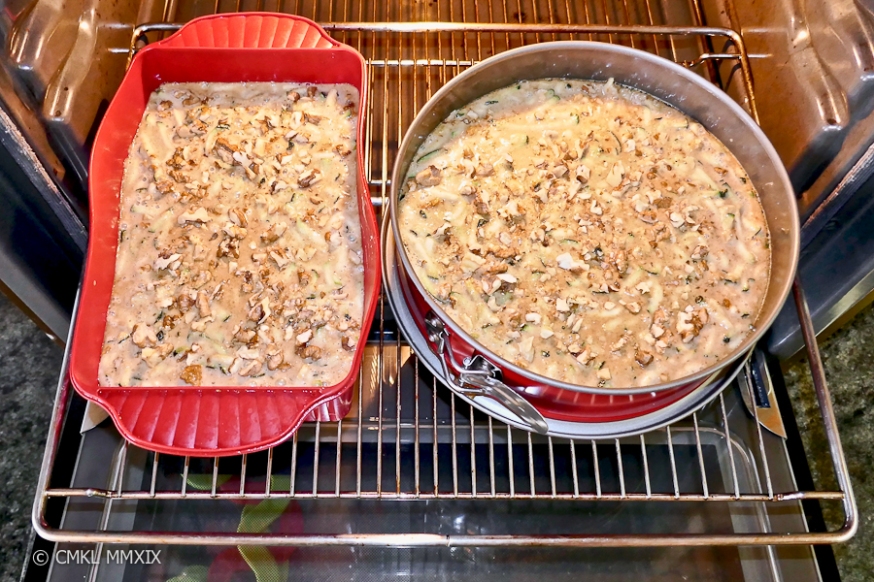 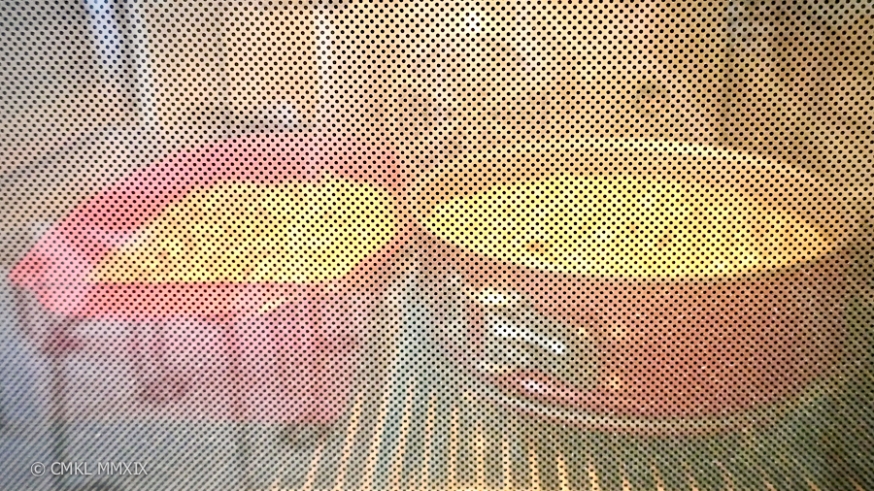 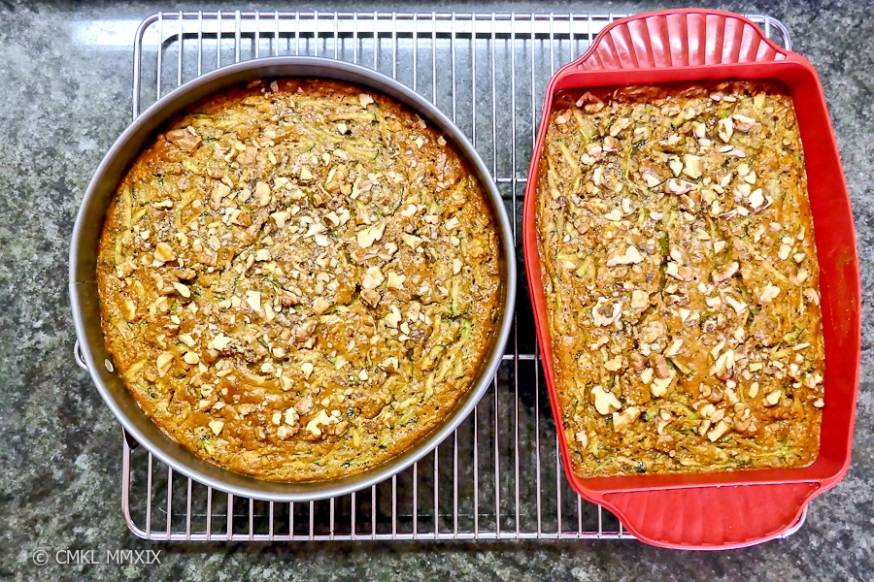 After 60 min at 160ºC Umluft or 320ºF convection, plus 15 minutes with the oven turned off, our zucchini loafs looked quite nice with an evenly browned, crusty top.

But the zucchini aggregation had overwhelmed the small amount of dough. Alas, as you can see, instead of bread we had sliceable pudding. 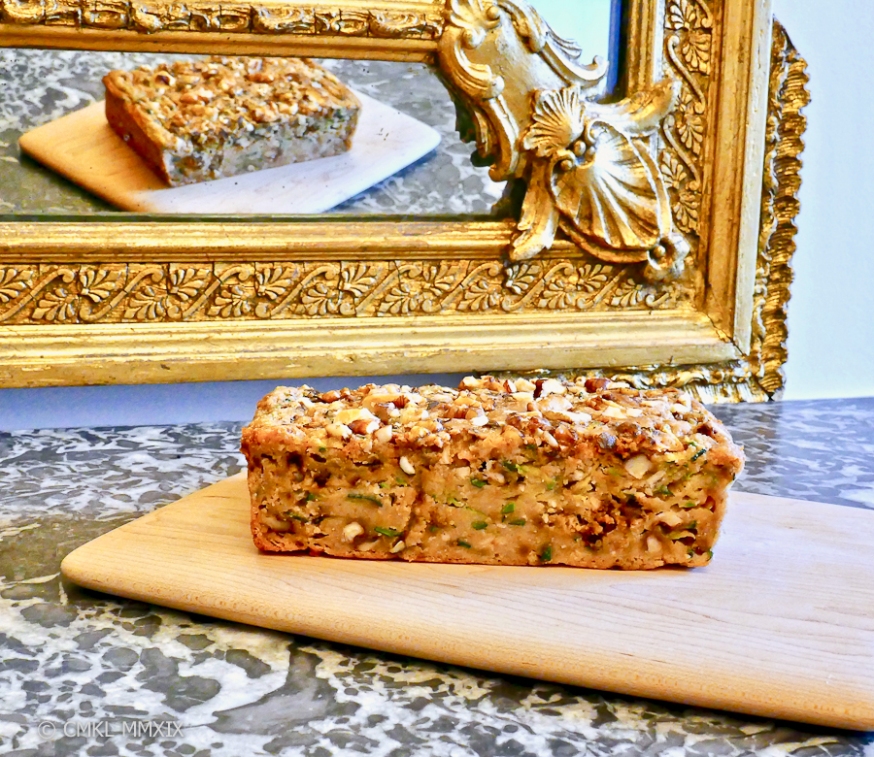 Lesson learned: continue to cook if you must but leave the baking to people who know what they’re doing 😱