Rue des Jacobins in the town of Saintes is just a narrow, elderly street, leading north from the central pedestrian zone, terminating in a set of stone steps ascending to Capitole Hill, where once the Roman Forum formed the administrative center of Mediolanum Santonum the first capital of the imperial Roman province of Gallia Aquitania. At least, it is assumed that the forum stood on this easily defensible calcareous cliff overlooking the town and river. Recent excavation unearthed more artifacts in support of this hypothesis, but the many layers of detritus and rubble of human habitation over the last two thousand years, not to mention the current population of Capitole Hill make it a very costly proposition to dig any further. For now anyway.

I had an appointment at our bank located up on the hill. Stepping back outside in the brilliant sunshine of an autumnal afternoon in southwest France after my consultation, I couldn’t help but snap a few photos on my way home to show you how prettily our little town presents itself.

You can either take the stairs into the Ruelle du Bastion or turn right for the staircase down to Rue des Jacobins. Saintes is full of these secret alleyways connecting actual streets for pedestrians. 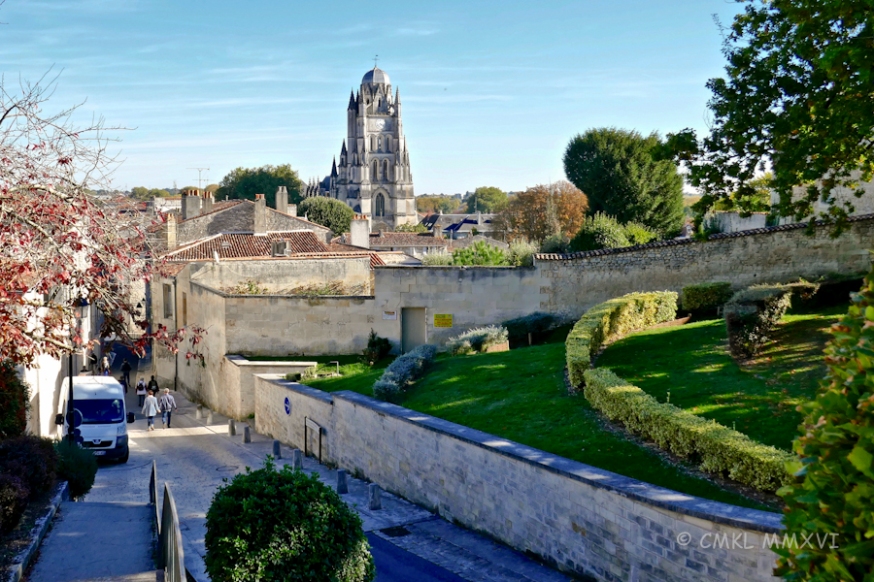 And there are the ancient roofs of le quartier Saint-Pierre, our district, dominated by la cathédrale Saint-Pierre, the St. Peter Cathedral. 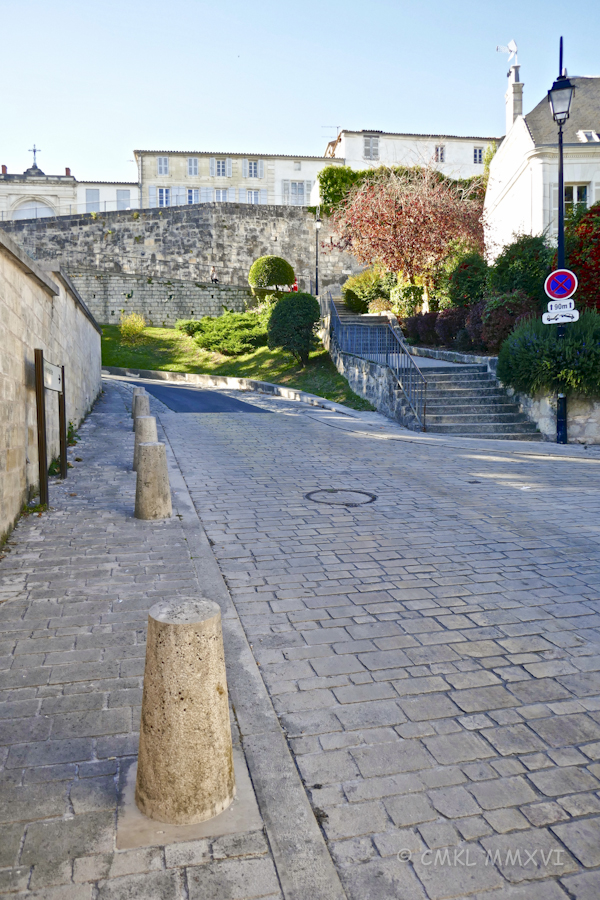 Looking back uphill, you can see how impossible an archeological exploration in this part of Capitole Hill would be. The modern city is much too densely build. In our narrow view only are a chapel, a convent, a school, and a senior home!

Continuing along Rue des Jacobins, named after a 12th century Dominican monastery located where we find the Bibliothèque Martineau now, I made my usual detour into the courtyard of Monsieur Martineau’s former l’Hôtel Particulier.

The tranquil garden changed a little since I first discovered it in March of 2014. The majestic beech tree, formerly in the now newly seeded area, above, had died and the vines covering the library and chapel on the right were also removed. It looks a little naked and barren without their rustic charm.

Rue des Jacobins is not very long, we can already see its end at the intersection with Rue Alsace-Lorraine, the pedestrian zone’s main drag.

But before we walk on, let’s have a peek through the blue gate of the kindergarten on the left, shall we? 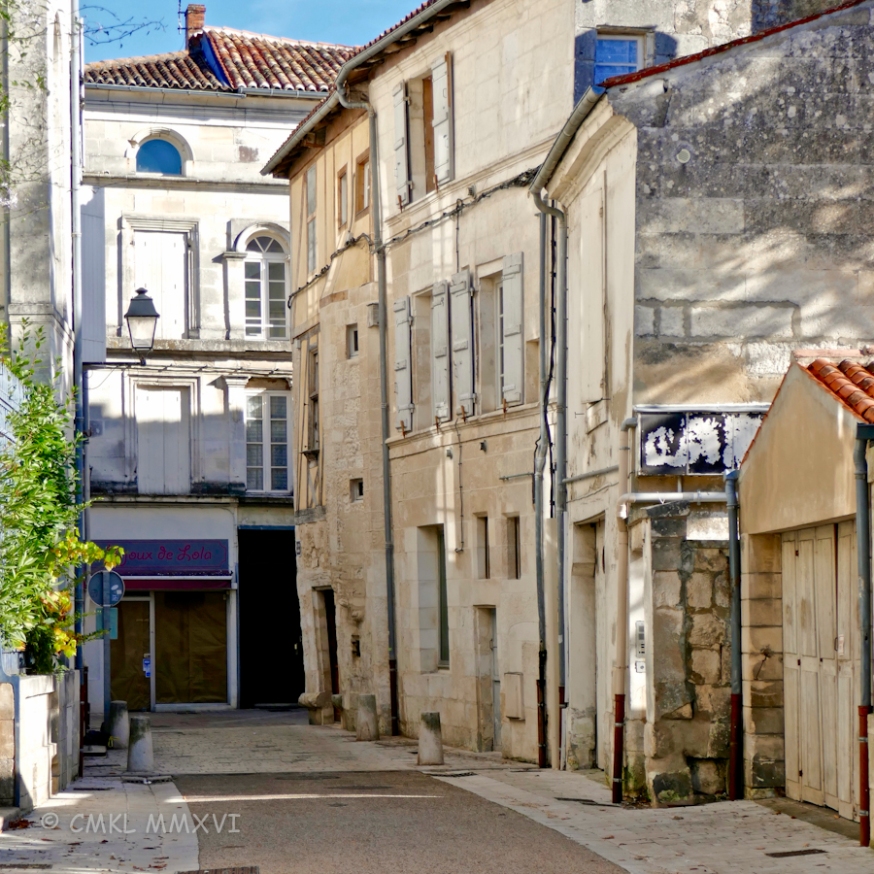 And here we are, the intersection where the Middle Ages meet modern commerce.

Now let’s hurry home for a fragrant cup of tea!